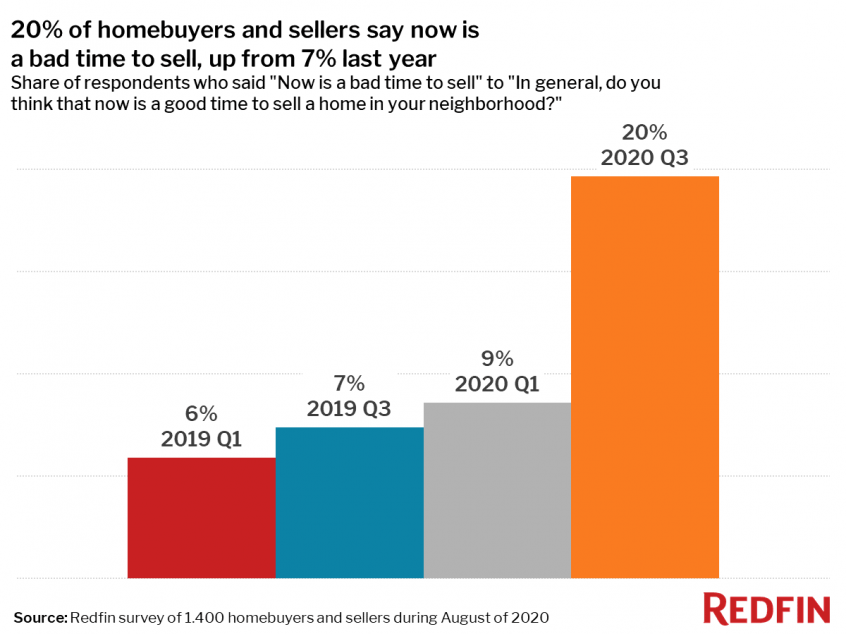 Growth in list prices is down 3 percentage points since the end of August, but pending sales were still up 30%

“The question on everyone’s mind is ‘how fast can prices keep rising?’,” said Redfin chief economist Daryl Fairweather . “Although the housing market is still red-hot, there are some early signs we may be nearing peak price growth. Sellers’ asking prices are still up significantly from last year, but by a lower rate than they were growing during the summer. Mortgage applications are also beginning to wane, and more new listings are coming onto the market. This is likely to be as good as it gets for home sellers, who definitely have had it very good for a very long time.”

Lack of strong growth in new listings is likely a direct result of the ongoing pandemic. In a recent survey of over 1,400 homebuyers and sellers, 20% of respondents said that now is a bad time to sell a home, up from just 9% in the first quarter of the year. In the same survey 38% of home sellers said that they have health or safety concerns due to the coronavirus pandemic, compared to just 8% of homebuyers who cited coronavirus as a concern. 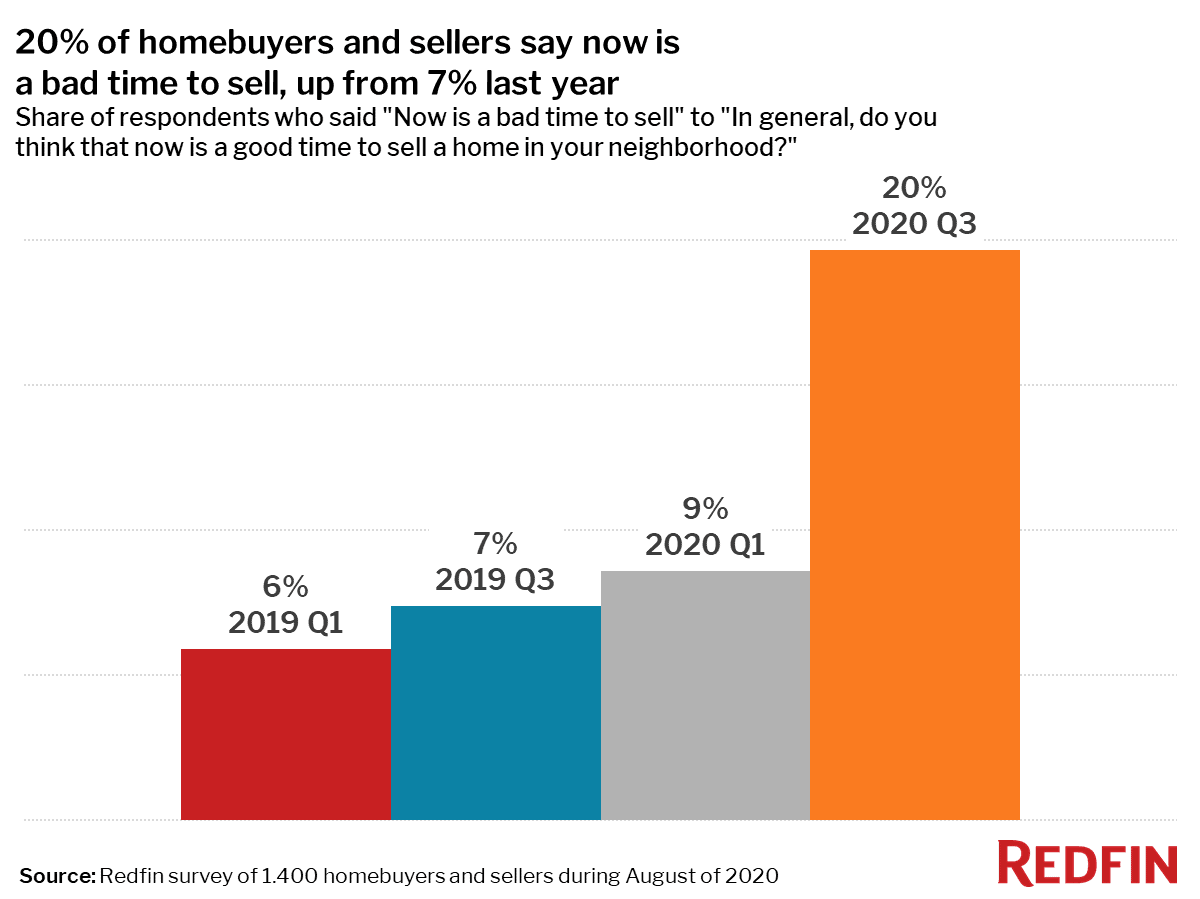 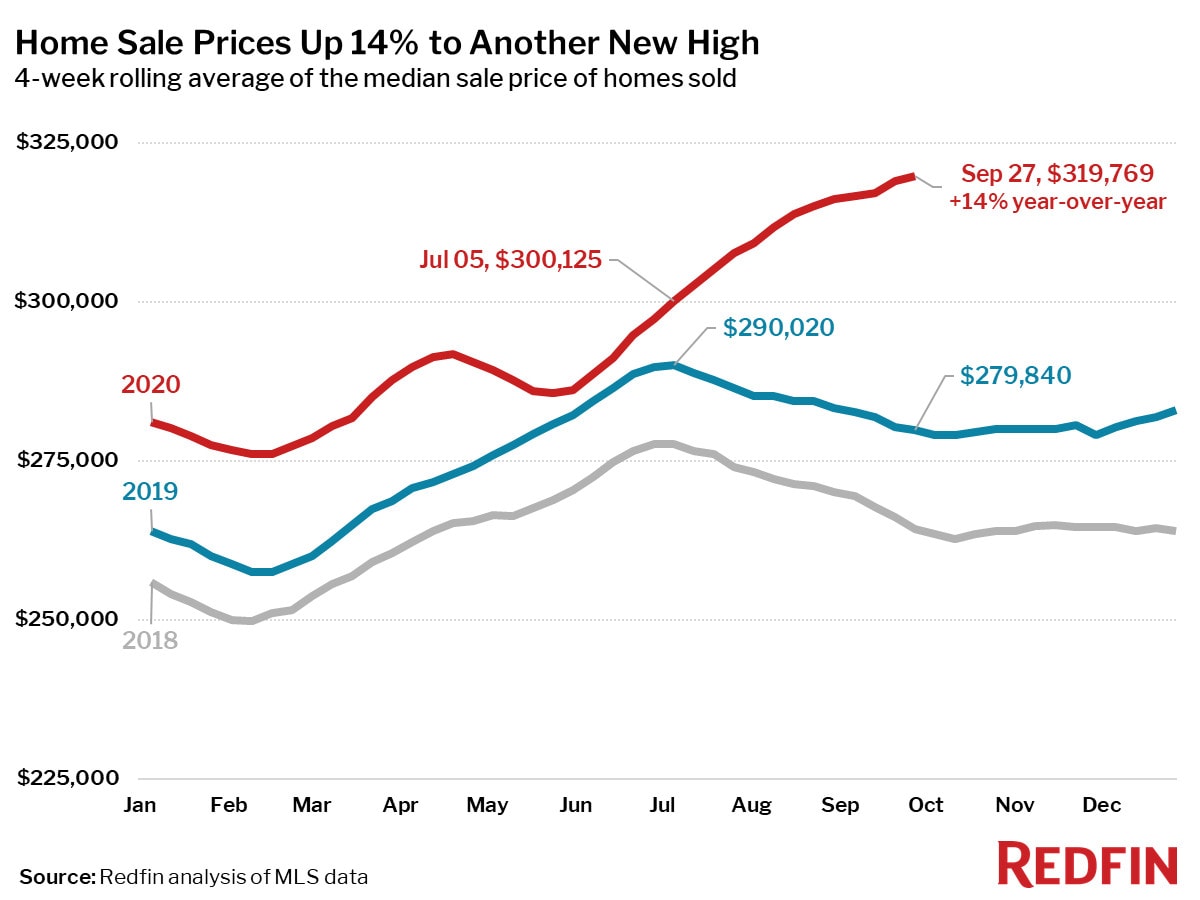 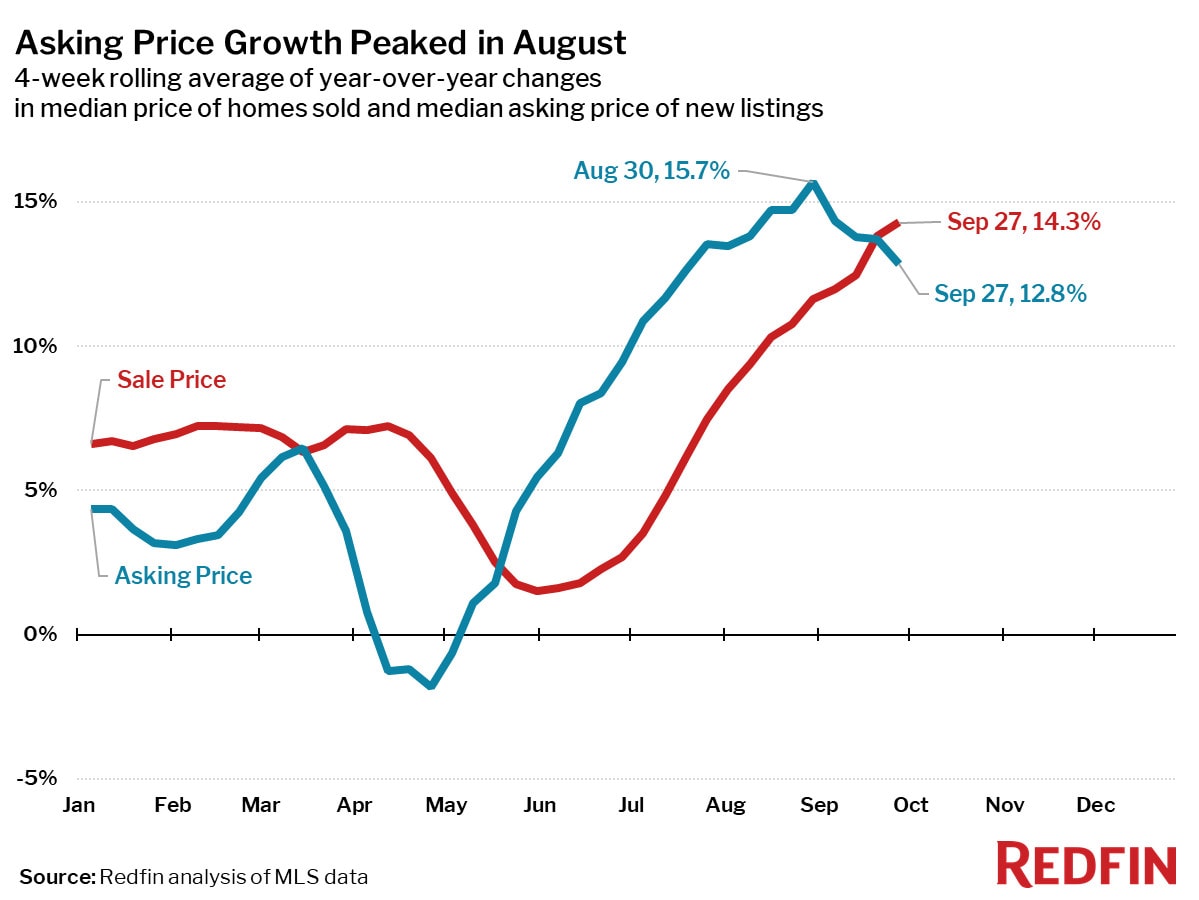 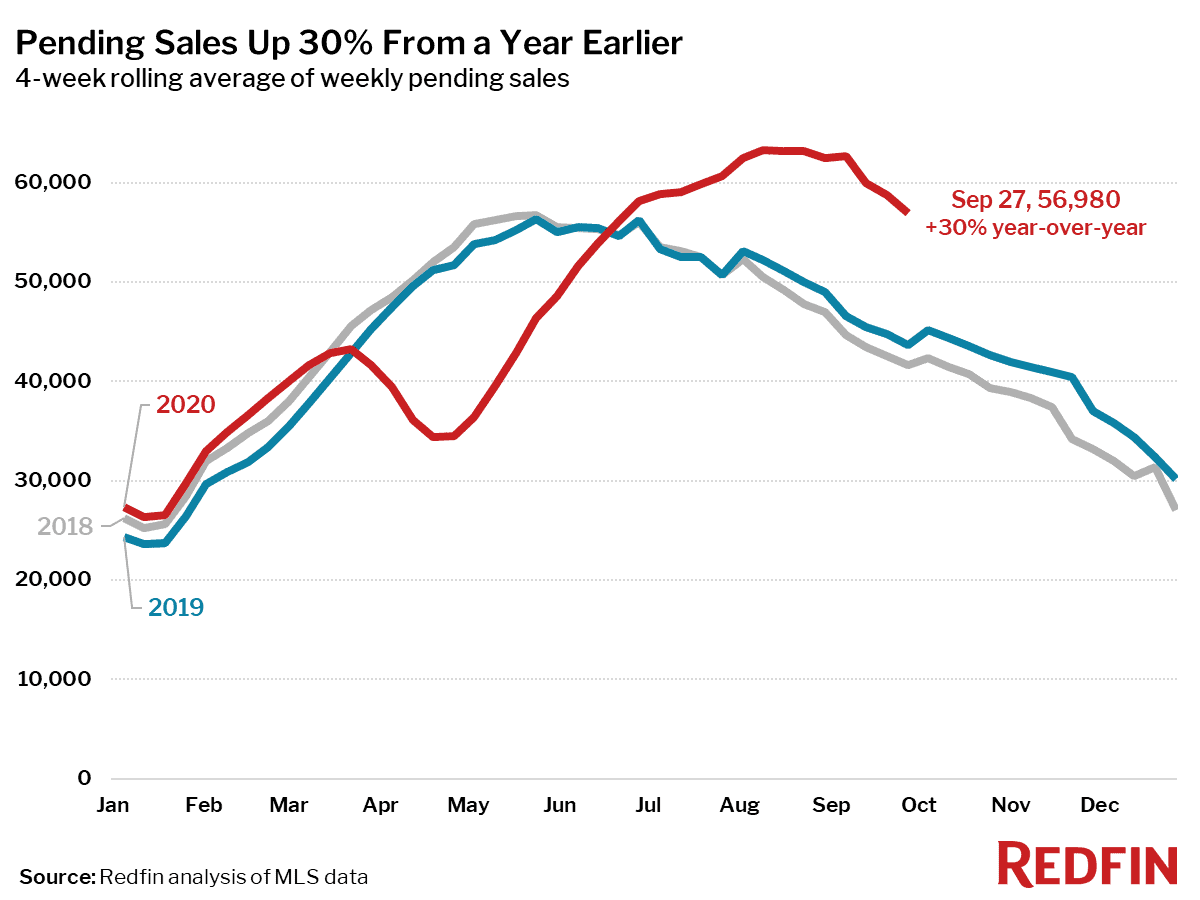 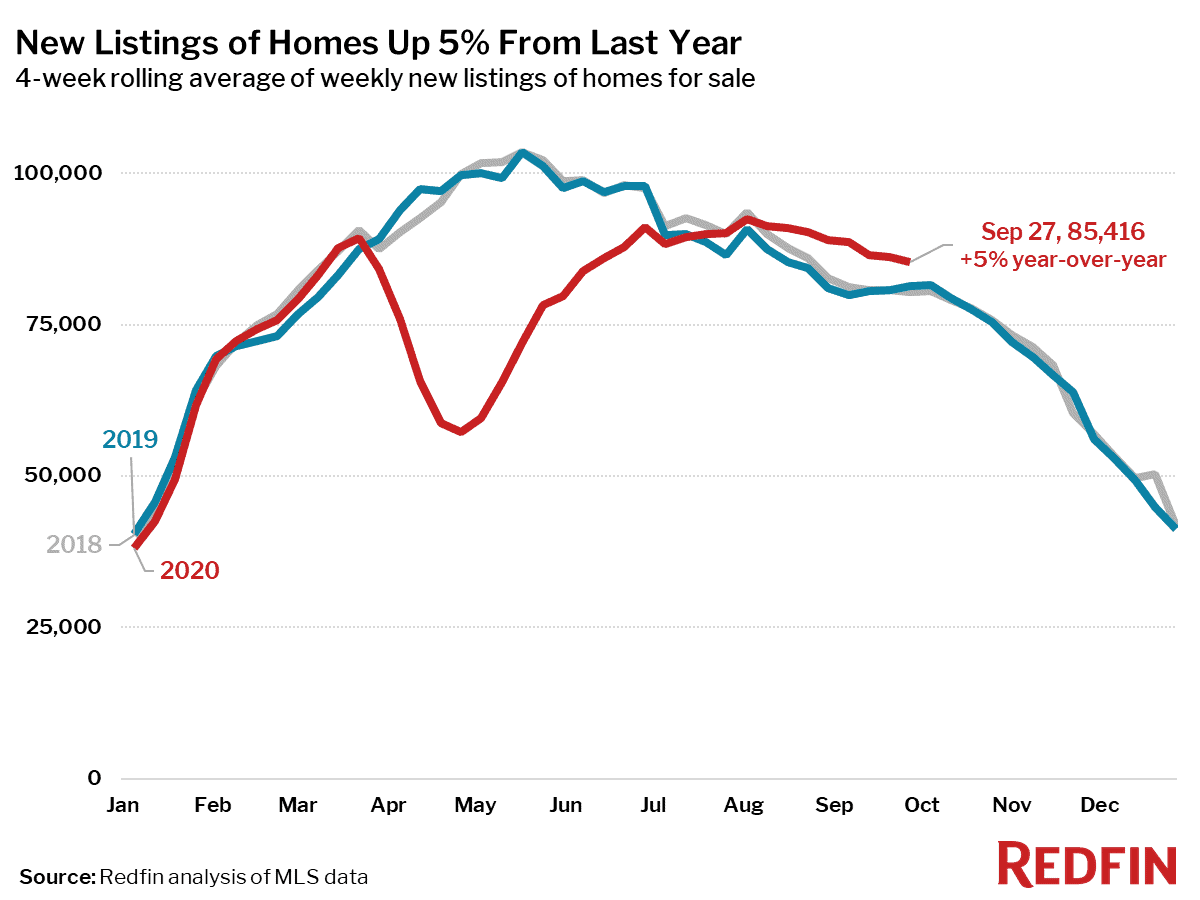 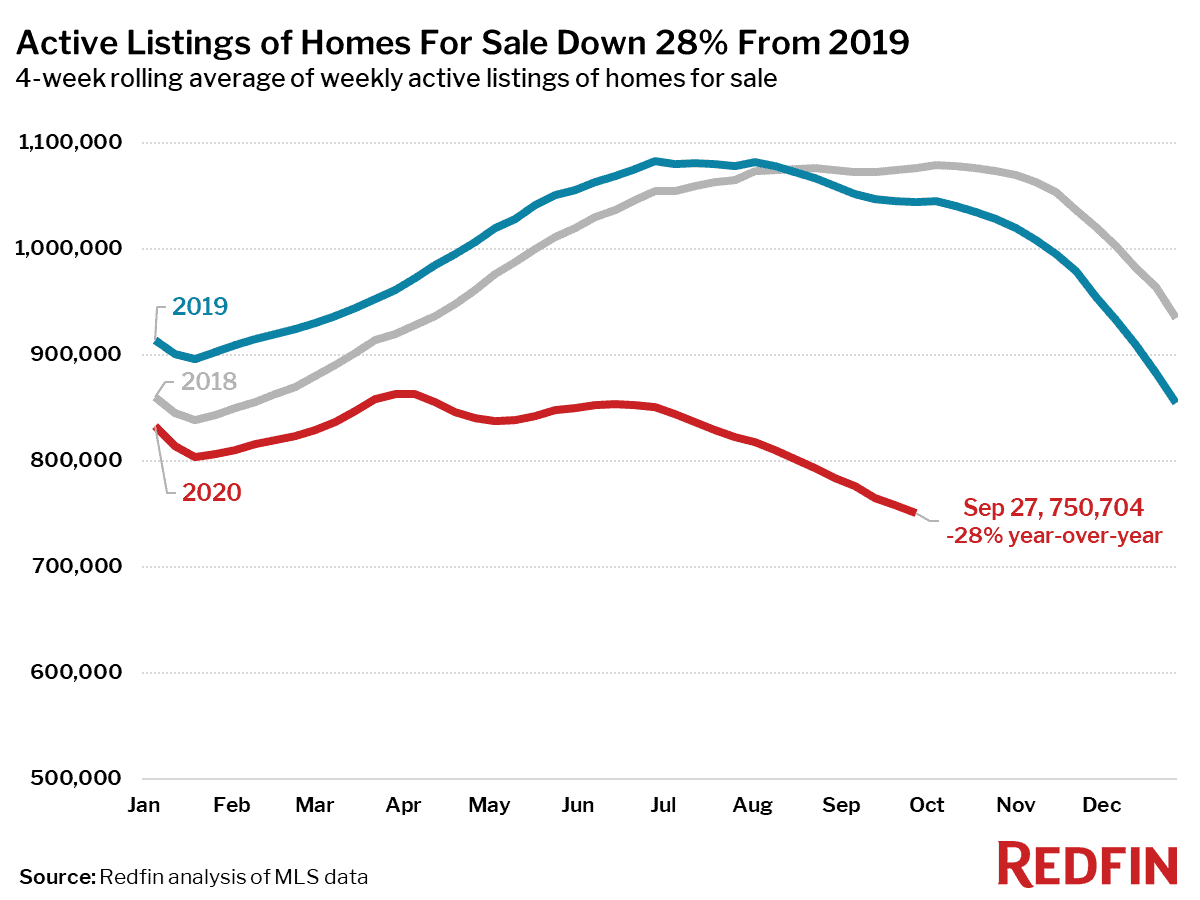 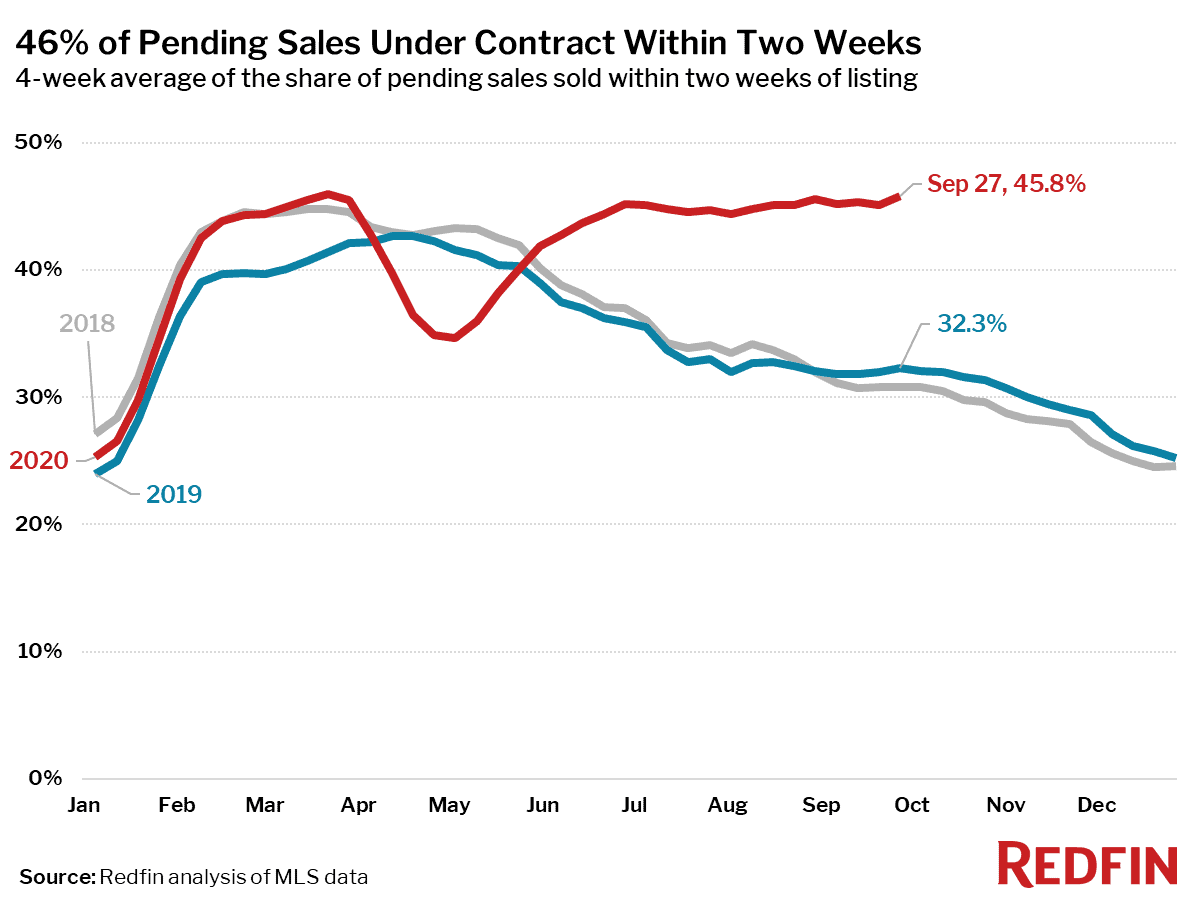 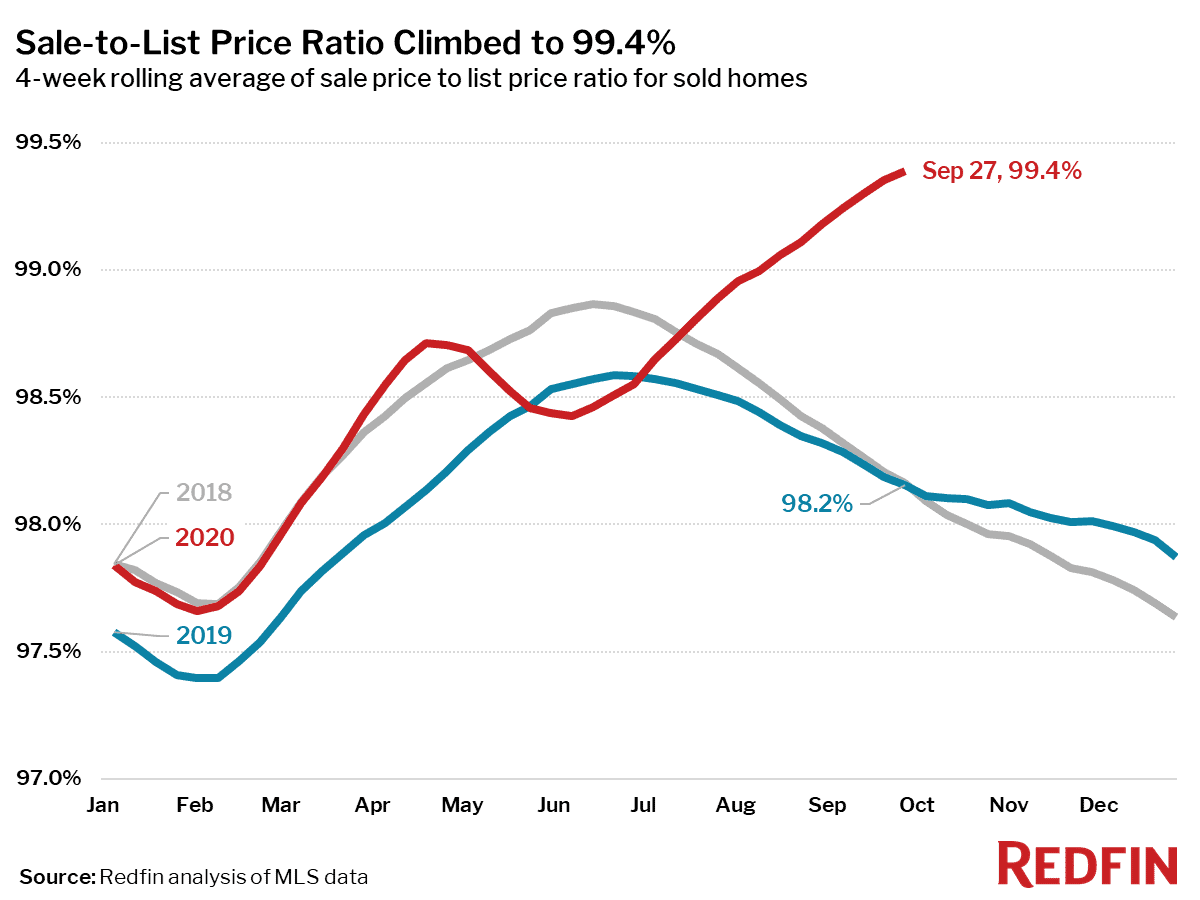