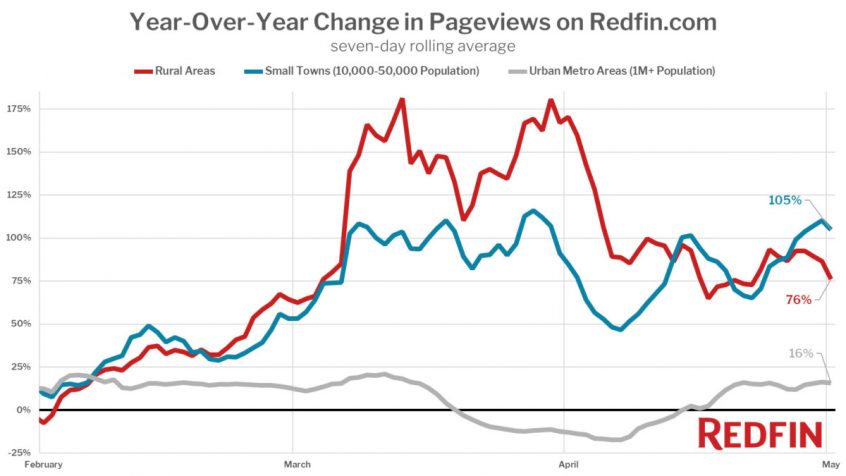 Pageviews of houses in small towns are surging amid the coronavirus pandemic, while big cities are staging a more modest comeback.

A remote home in the woods in a tiny Illinois village 67 miles southwest of Chicago was one of the most-viewed listings on Redfin.com in April. Complete with a wood-burning stove and a natural spring running through the property, the house is reminiscent of the Shire in “The Lord of the Rings.” It may be just one example of an emerging migration trend amid the coronavirus outbreak: the shift toward small towns.

Americans are shopping for homes in small towns—those with populations of less than 50,000—at an exceptionally higher rate than they were last year and even last month, far eclipsing the modest recovery occurring in cities as the coronavirus pandemic drags on. And while sales have slowed everywhere, they haven’t suffered quite as much in small-town America—at least not yet.

Pageviews of homes in small towns surged 105% year over year during the seven-day period ending May 1, an acceleration from the 85% gain that occurred during the week ending April 1. In rural counties with fewer than 10,000 people, views climbed 76%, a sizable increase from the prior year but a deceleration from the 170% rise a month before. 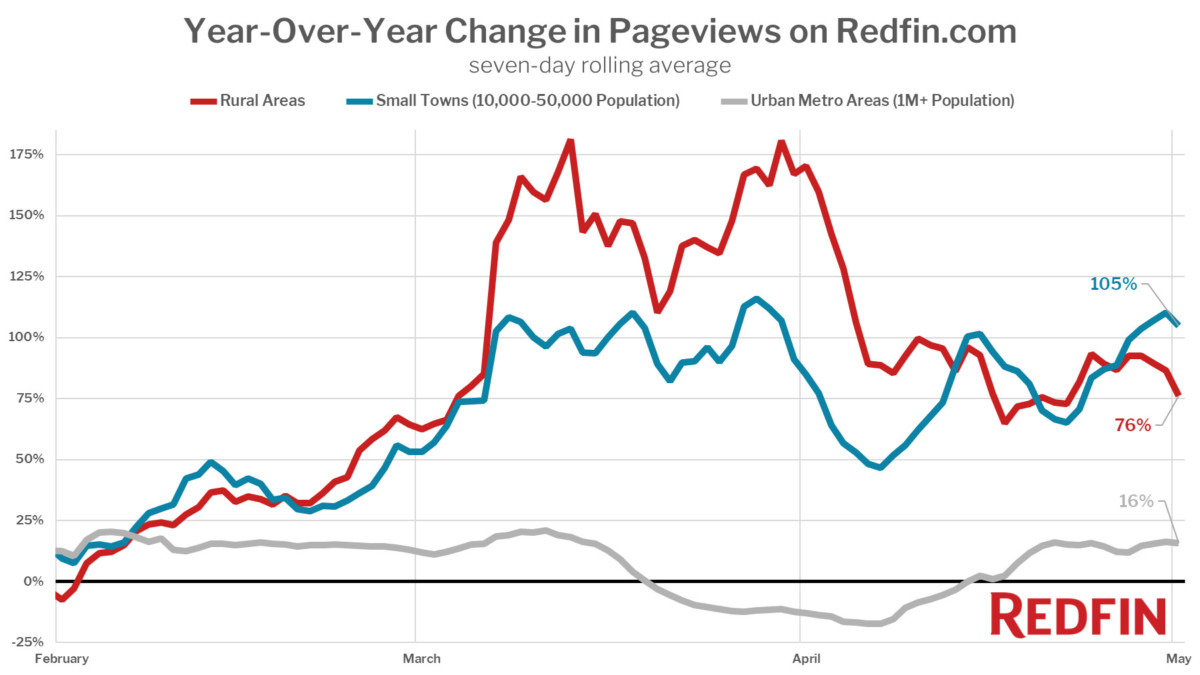 Meanwhile, homes in urban metro areas with at least 1 million people saw a 16% rise in pageviews during the week ending May 1. That marks a reversal from the 13% decline we saw a month prior, but still represents a much slower increase than small towns and rural areas are experiencing.

“During the first month of the pandemic, interest in rural areas skyrocketed while interest in cities fell, with many urbanites dreaming of packing up and heading for the hills,” said Redfin lead economist Taylor Marr . “Some of that boost in rural areas proved to be temporary, but it appears to be more sustainable in small towns, which may be a more realistic option for those looking to work from home primarily or commute into the office once or twice a week.”

The draw to small towns and rural areas is not only evident in home-browsing habits; it’s showing up in actual sales. While pending homes sales are down across the board, less-populous areas aren’t being hit quite as hard as large cities are. 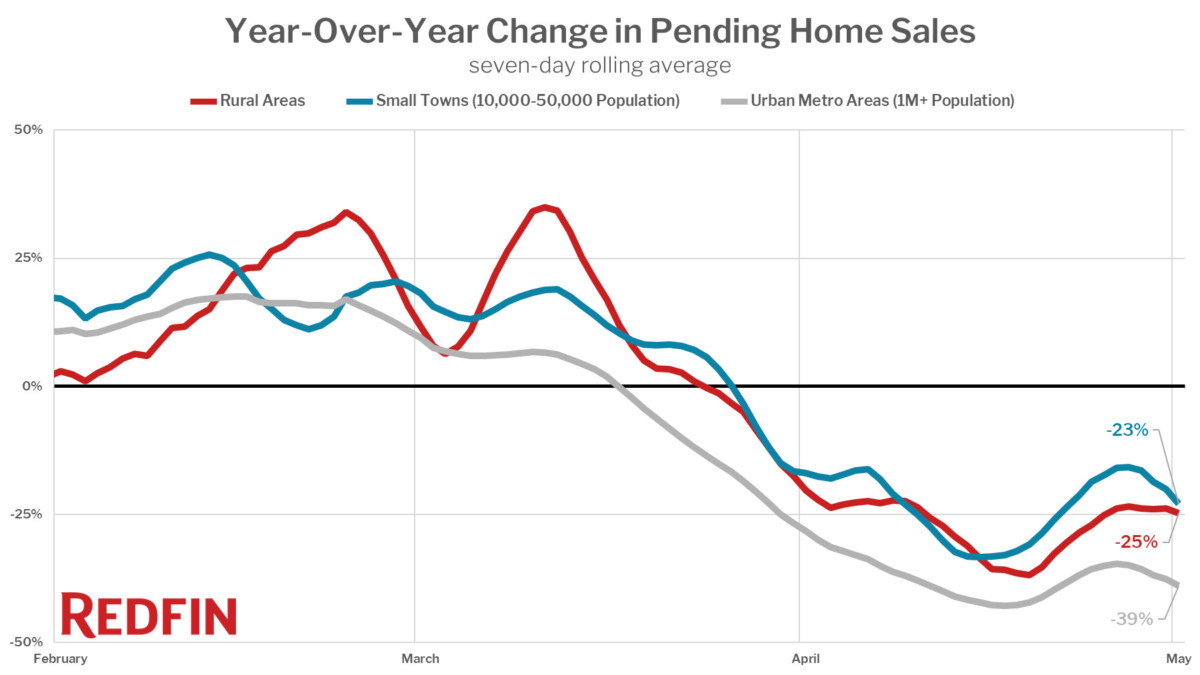 While cities and remote areas are dealing with different levels of fallout fueled by the coronavirus, sales overall have shown signs of recovery. There were 40,952 homes under contract to be sold nationwide during the week ending May 1, a 35% decrease from the same period the prior year. That’s an improvement from the 41.7% drop that occurred when pending sales bottomed in mid-April.