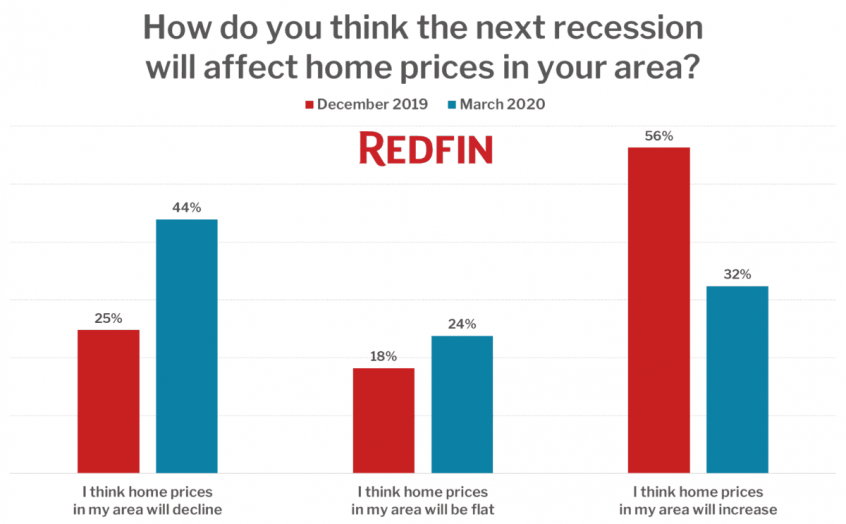 Just 32% of homebuyers and sellers now expect home prices to increase during the next recession, down from 56% in December.

“It’s easy to become fearful when it feels like a recession is imminent, but it’s important to remember what has actually happened in past recessions,” said Redfin chief economist Daryl Fairweather . “Home prices declined substantially during the Great Recession, which started with a housing crash, but throughout the 2001 recession home prices actually rose due to a nascent housing bubble and a shift in investment dollars from the stock market into real estate. It’s perfectly reasonable to expect that a 2020 recession won’t stop home prices from rising, since the supply of homes for sale is so constricted and mortgage rates are at all-time lows.” 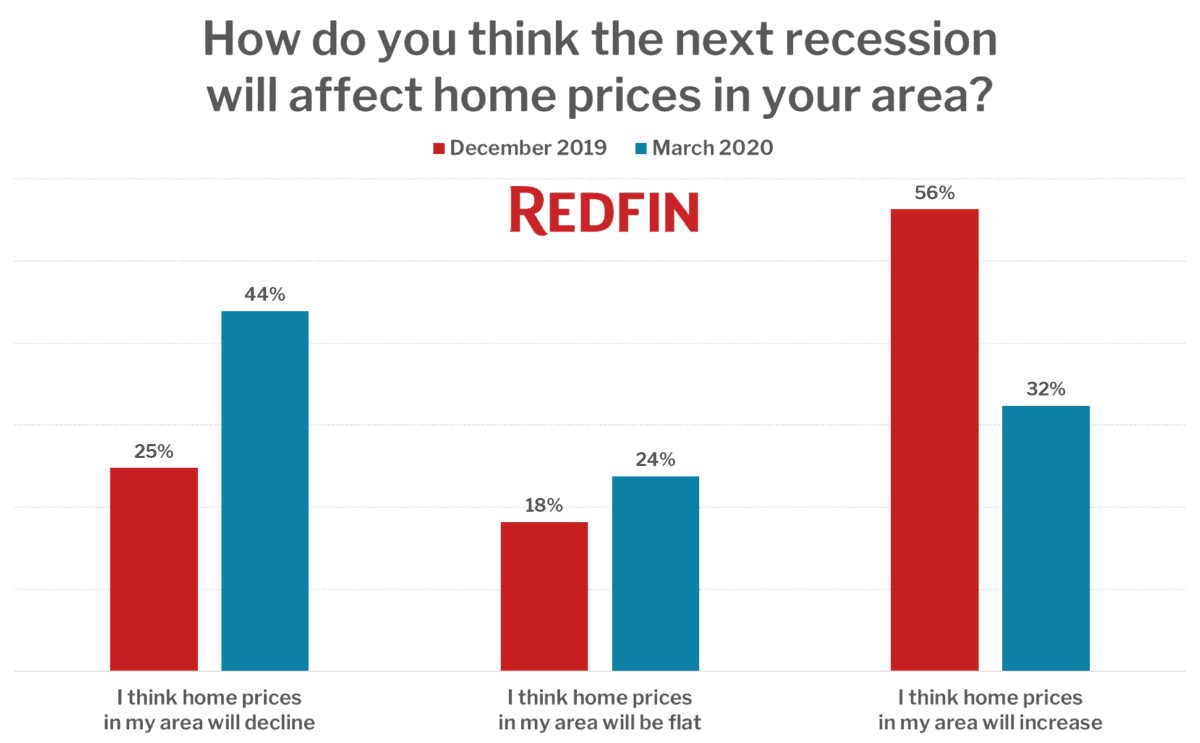 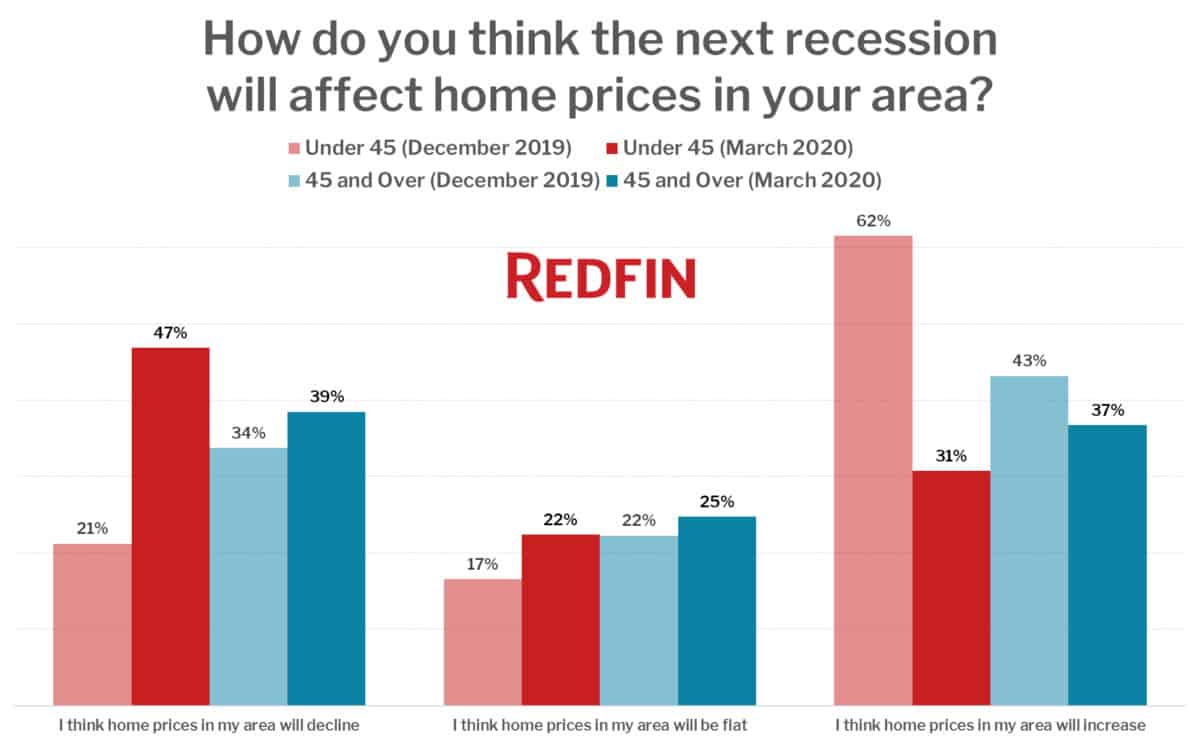 Given how much home prices decreased across nearly every part of the country during the 2007-2009 Great Recession, it was surprising in December that most people did not expect home prices to be negatively affected during a future recession. These expectations may have had an element of choice-supportive bias , or more people could have been attuned to the eight-month long 2001 recession, during which real home prices increased 4.4%.

“Even though it’s likely that home prices may be insulated during the next recession, it’s a good idea for every homeowner to have an emergency fund in place just in case their home loses value and their income declines simultaneously,” continued Fairweather. “Young homeowners who don’t yet have much in the way of savings or equity should especially be thinking through worst-case scenarios.”

Redfin commissioned a study in December 2019 of more than 3,000 U.S. residents who bought or sold a primary residence in the last year, or planned to in the next 12 months, and conducted another survey in March 2020 of more than 1,200 Redfin users and customers who plan to buy or sell a home in the next 12 months. All survey respondents were asked about how they expect a recession to affect home prices in their area.

For more information about the survey and its findings, contact press@redfin.com.