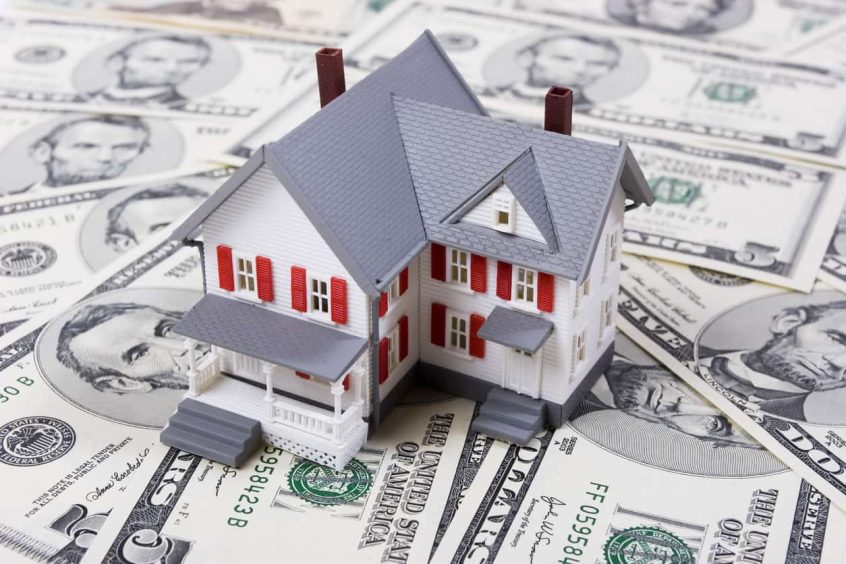 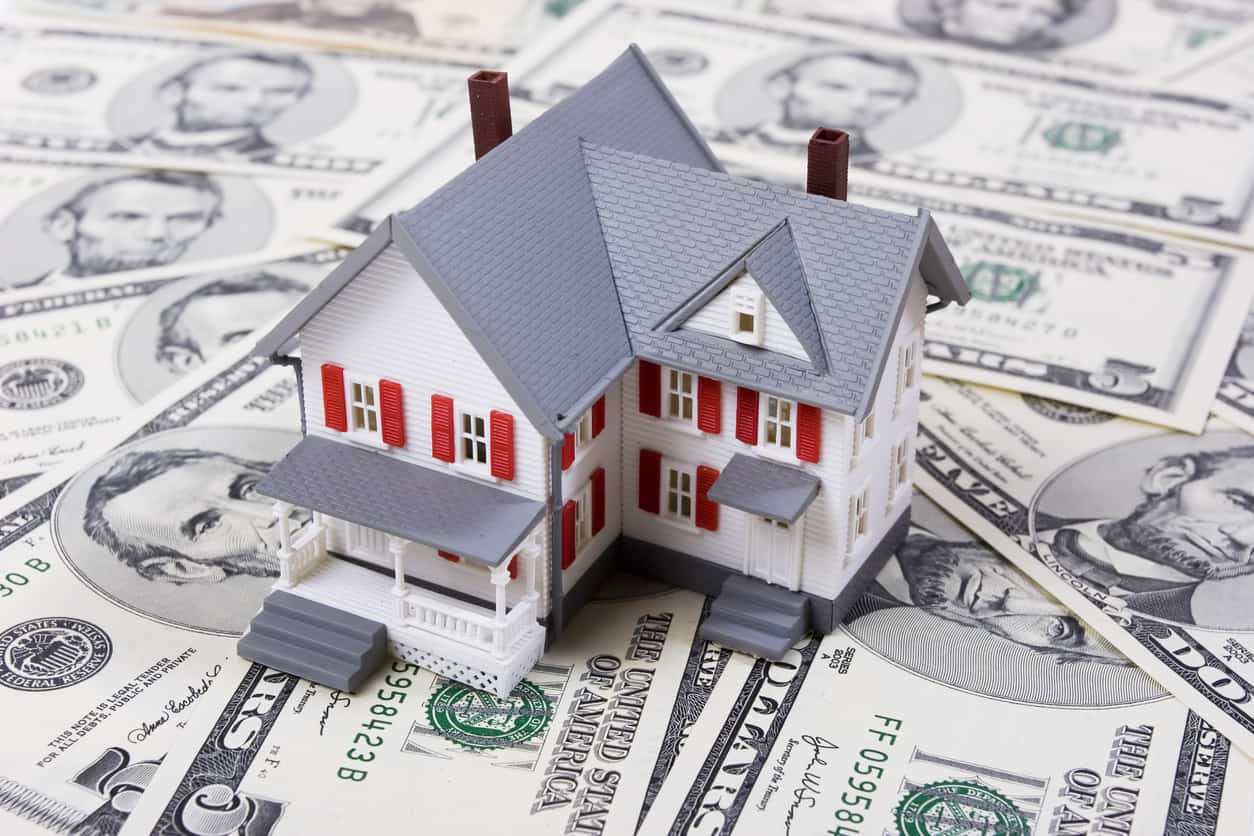 From local taxes to transportation and utilities, relocating to find a cheaper address isn’t always straightforward. San Jose hits high on most, while Florida proves affordable across the board.

As coastal markets like San Francisco , New York and Los Angeles have grown increasingly unaffordable, people and businesses are relocating to smaller, more affordable cities like Tampa , Providence and Las Vegas , where home prices are a fraction of the cost. In fact, 25 percent of Redfin.com home searchers looked to move to another metro area in the second quarter, and that number was driven by people seeking out less expensive places to live. However, home prices aren’t the only line item to consider when moving for affordability. Unexpected factors such as utilities and transportation can rack up costs that very well could have been cheaper at home, depending on where you’re moving both from and to.

“Relocating to a new city can bring unexpected costs beyond the price of a home and the  moving expenses. We have a tendency to anchor our cost expectations to whatever our current household expenses are, but many people don’t think to factor in how fees—such as local taxes, homeowners association (HOA) dues, utilities and the like—vary substantially across the country,” said Redfin senior economist Taylor Marr. “I know from personal experience. When my family previously moved from Seattle to Chicago , homes were noticeably cheaper in our new city, but the property and state taxes ended up offsetting the affordability gains we had been anticipating. But it all depends on where you are moving to and from. For example, a move from New England to the West Coast, where monthly utilities cost far less, can leave buyers with a little more to spend on housing.”

So what should you be on the lookout for? We identified the median annual price tags of the four most unexpected, expensive housing-related costs to rank the most expensive and affordable metros for utilities, taxes, transportation and HOA fees.

Utility costs go beyond remembering to turn the lights off. We looked at the money spent on both electricity and natural gas per household, as well as annual water and other related utility costs. With those utilities combined, the reasonably affordable Providence rose to the top of the list as the most expensive place for energy costs, followed by all Northeast metros. This  demonstrates a regional trend that speaks to the inequality of energy costs .

“Homes in the Northeast tend to be so expensive on utilities because they are typically older, and therefore less efficient. This translates to higher prices on utility bills to both heat homes against winter’s chill, and also cool them during hot East Coast summers,” Marr said.

On the other end of the spectrum, Portland was the least expensive, followed by the typically astronomically expensive region of San Jose , and then Seattle, demonstrating that while the West Coast can be expensive in some ways, it’s got the east beat when it comes to utility costs.

Most Expensive Metros for Utility Costs:

They say the only things that are certain in life are death and taxes, and in some places, those certain taxes are more pronounced than others. Major cities known for a high cost of living in California and New York ranked unsurprisingly highest, while tax breaks in more affordable destinations in Florida, as well as Las Vegas , complement overall lower housing prices.

Most Expensive Metros for Taxes:

Whether you drive or catch the bus, you gotta get where you’re going, and short of walking, it won’t be free. From gas prices to metro fare, transportation costs stack up highest in California. With its expansive transit system, New York comes in as least expensive, followed by car-dependent cities like Tampa and Cleveland , where commuting costs are less than other major cities.

Most Expensive Metros for Transportation:

Many communities enforce HOA fees, which can be a major unexpected added expense. As Denver surges in popularity, so did its median HOA fees, which reach nearly $2,000 annually. It’s even more expensive than San Jose, which is typically the most expensive metro in the nation. Meanwhile, Virginia Beach charges a mere $180 in median HOA fees each year, leaving over a thousand extra on the table in comparison.

Most Expensive Metros for HOA Fees:

Check out the complete data in the interactive visual below. 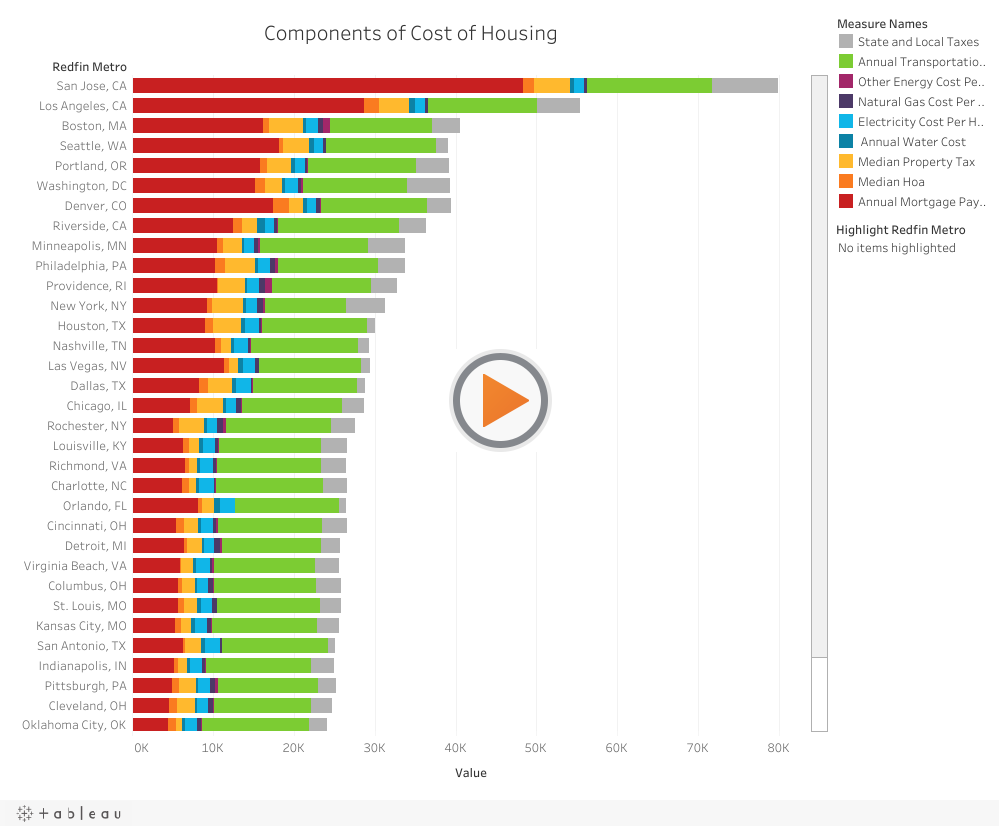 The post We Ranked the Most and Least Affordable Metros Based on These 4 Unexpected Costs When Moving to a New City appeared first on Redfin Blog .