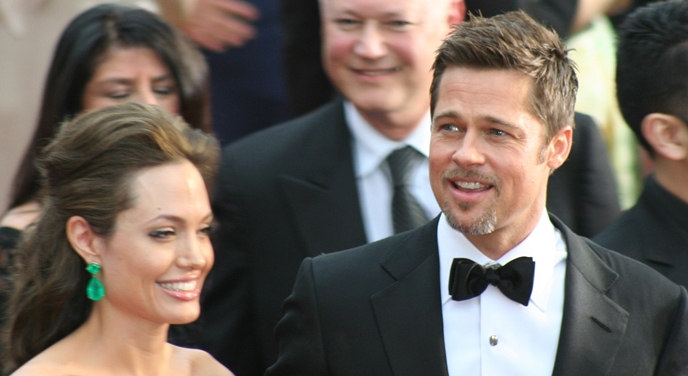 To anyone who had hope of Brangelina reconciling their differences, we have some bad news. This past weekend, the famous ex-couple sold their New Orleans property for $4.9 million . The couple has started splitting up everything, including real estate. They purchased the French Quarter mansion back in 2006 for $3.5 million, while Pitt was filming “The Curious Case of Benjamin Button.” The duo stands to make $1.4 million from the sale. That makes for a nice chunk of change for the two to split.

The vintage NOLA estate is full of Brangelina history, as well as New Orleans history. The mansion was built back in 1866 and was home to the the famous R&B producer Cosimo Matassa, who recorded Ray Charles and Little Richard.

In addition to its rich history, the property features four bathrooms, five bedrooms and a landscaped courtyard complete with a fountain. The 7,645-square-foot house also includes a spiral staircase, elevator and a separate two-story guest house.

The elegant home resides in the French Quarter of New Orleans. The median list price is around $689,000. Though this charming home is way above the average listing price, the Redfin estimate has it at $5,441.255. For a house that has such an amazing New Orleans and Hollywood History, were not surprised!

What do you think of Brangelina’s house? Tell us in the comments below or on Twitter @Redfin!